Lingwood Security Management Officer Karl Dewey was interviewed by ITV regional news on Thursday 5th May 2022, after he became the 25,000th candidate to complete the Samaritan’s Training, which is given to all of our staff on the Network Rail Strategic Crime and Intelligence South project.

The focus of the interview was that Mobile Security Officer Karl, age 31, from Lingwood Security Management in partnership with Network Rail, completed the Samaritans’ suicide prevention training this year. Three weeks later, Karl helped save a man’s life.

Karl said: “My colleague and I were patrolling one of our train stations and we noticed a man sat down in the platform shelter. He was leant over and had his head in his arms crying. We went over and asked him if he was alright, and he said ‘no I’m upset, I don’t want to be here anymore’ - so I knew we had to stay with him and try and help him. We were talking for about 20 or 30 minutes, but he was shivering. I said he could get warm inside my truck around the corner. He was hesitant at first, but he agreed to come with us. He didn’t stop crying the whole time we were with him. We called for an ambulance and just before he got in, he threw his arms around me and thanked me and my colleague. I was so happy that we saved a life that day and that’s thanks to the Samaritans course.”

Karl added: “Mental health and looking out for people is really important to me. I went through a bad stage myself a few years ago and from my personal experience of being at the lowest of the low and having people, my partner and my mates, there for me to talk to and raise me up again, I’m so much stronger for it. I know I didn’t speak about it until it was almost too late. Since then, I just want to encourage others to talk, especially men.” 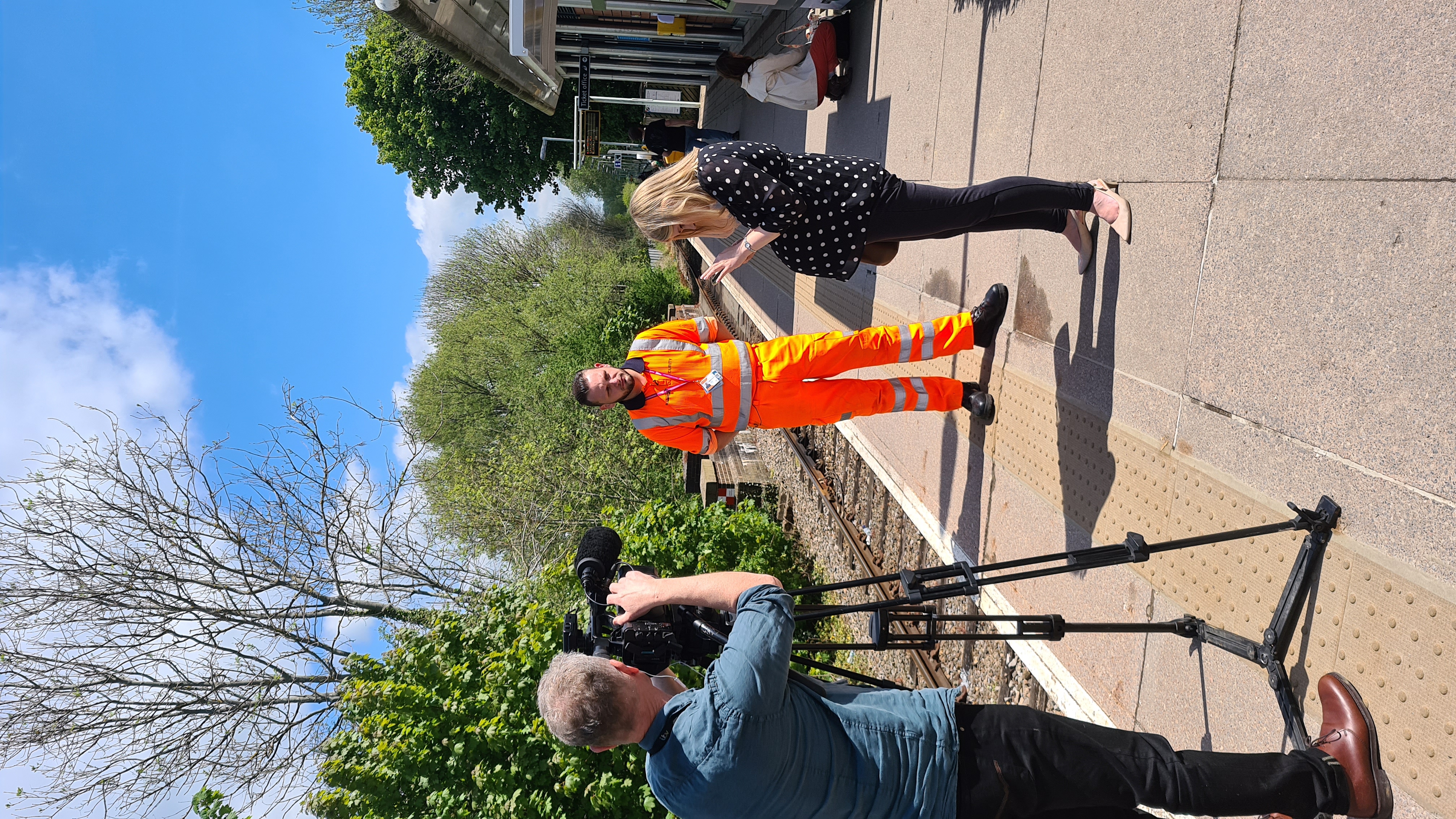 The interview was filmed at Uckfield Station, where Karl was proudly wearing his full security uniform. Karl is an advocate of mental health awareness within Lingwood Security.

As part of their partnership with Network Rail and the wider rail industry, Samaritans deliver a one-day Managing Suicidal Contacts course to rail staff, either virtually or face to face, training them on how to identify, approach and support a potentially suicidal person.

Delegates are taught how to recognise someone who may be suicidal, how to approach them and start a conversation. They are taught some of the essential listening skills that underpin Samaritans’ services and how to safely resolve a situation and refer a person to friends, family, the British Transport Police or Samaritans to receive further support.

Alan Lingwood, Managing Director, Lingwood Security, said: “I am extremely proud of the teams involved, especially Karl, who has been an asset to the project since day one. We have previously seen great results when working on these preventative projects with Network Rail, Samaritans and the British Transport Police, so it is great that these results are being recognised throughout the organisations. It is a privilege to be involved and to be taking our share of responsibility for safety and security on the nation’s railway network for the public. We have built up a great relationship with The Samaritans whilst delivering the courses and sharing awareness. I hope that Lingwood Security Management can continue to play a vital role in keeping our railways, and the people who use them, safe and secure.”

Karl Dewey had a few words to say too: “Thank you for giving me the opportunity to take part in the Samaritans course. I strongly recommend this course to others within Lingwood Security. Mental health is important so please just talk.”

Lingwood Security were awarded the contract to provide security for Network Rail (NR) Southern Region as part of their Strategic Crime Intelligence, Security and Welfare Services back in October 2021 and this will be running until September 2023. Karl Dewey is one of the Security Officer’s that works on this project, along with a great 24-hour team who are proactive and reactive in dealing with incidents in the Kent and Sussex areas on and surrounding Network Rail infrastructure.

The service provides a dedicated security team to tackle suicide prevention, trespass, anti-social behaviour issues such as graffiti and vandalism, responding to security incidents and emergencies and assisting the British Transport Police. The team do a great job of reducing the impact of trespass and operational disruption to the rail network and make it more secure and safer for Network Rail staff and passengers.

Lingwood Security were awarded with the Lot 1 – Lineside services, which involves: