Here at Lingwood Security, we place heavy emphasis on military values and discipline throughout all of our team, in fact it underpins all of our procedures.

This belief and respect for military thinking can be traced back to the Managing Director’s father, Arthur Lingwood, who served in the Armed Forces during the Second World War. He received the Military Medal of Honour and was commended for bravery from Field Marshall Montgomery for his work as runner, carrying orders between an exposed O.P. and the wireless set, under heavy artillery and machine gun fire. See photos below.

Following in his father’s footsteps, our Managing Director, Alan Lingwood Snr served 8 years in the Royal Marines. During his own military career he was involved in many operational tours around the world, before returning to Morecambe to establish Lingwood Security Management as one of the UK's foremost providers of professional security services.

All of our operational managers have served in the military. Our Security Manager, Adam Ross, clocked up a remarkable 22 years and received two commendations.

Adam joined the Army in 1988 as a Royal Engineer and, after training, was sent to the first Gulf War. During that time, he received a Commendation for outstanding achievements and was given a field promotion. In 2008, Adam was promoted to WO1 (Regimental Sergeant Major) London and received a second Commendation for dealing with Afghanistan and the injured and deceased.  Adam was demobbed in 2011 and began working for Lingwood Security Management in February 2015 – please read Adam’s story here.

Mark Dewar, our Security Manager, joined The Royal Engineers in 1997 and served for 8 years, predominantly based in Germany with 32 Engineer Regiment as a Combat Engineer with 26 Armoured Engineer Squadron. Mark served on Operational tours in Bosnia and Iraq before leaving the army in 2006, after serving with an all arms intelligence unit. Subsequently he has since pursued a career in the private security industry working predominantly in the Middle East and Africa.

Thomas Docherty (Doc), our General Manager, has a solid background within the British Commando (Gunner) Force, where he served 22 years. His rank on discharge was Staff Sergeant.  He served with a number of regiments within the Royal Artillery and has taken part in major training exercises across the world, in addition to deploying on operational tours to Northern Ireland, Sierra Leone and Iraq.

This coming Sunday, as part of our Armed Forces Day celebrations, we are sponsoring an event for the Parachute Regimental Association for Morecambe & District Branch.

Lingwood Security Management would like to wish all Veterans serving past and present in the military a great Armed Forces Day. 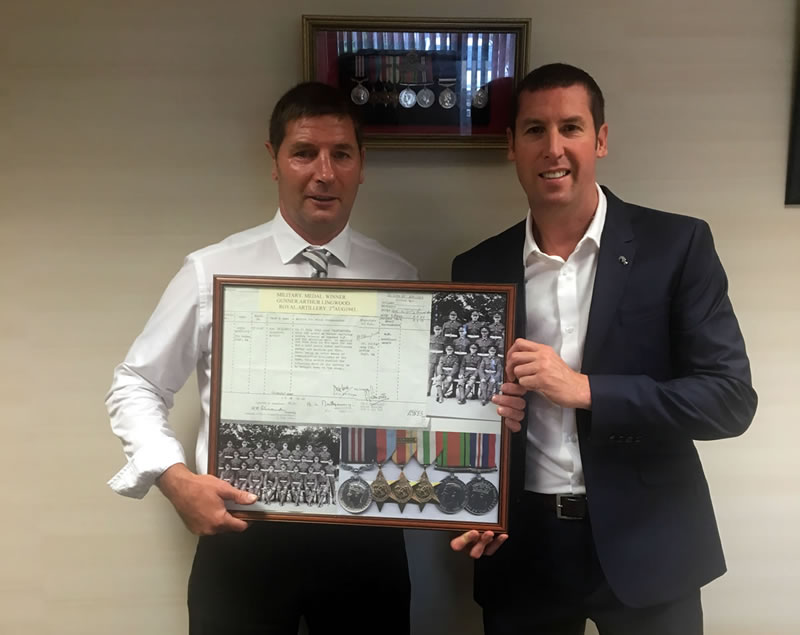